Skip to Main Content?
Let's get this experience started
Sign up is super easy. Let's start by filling out this form.
Enrollment Options
Enroll In Course
Additional Information Required
enroll

Learning about working in problem-space and posing otherwise difficult or complex problems into a more intuitive geometric space, making it easier to visualize, solve, and control.

Being able to approach both common and uncommon problems with a more solid foundation of where to begin and experiment. How to transform problems into a spatial dimension, and manipulate them once they’re using basic 3D skills. Unlike some of the other Houdini.School classes, there is no final project that is worked towards; instead, each session will focus on different examples of the larger topic.

An introduction to the course using a simple and grounded example of using the Clip SOP to clip an arbitrary attribute, which by default only lets you clip via a plane in world-space.

Using geometric transforms and deformations to direct vectors and forces.

Some operations use a uniform radius, only work in worldspace, or don’t support class-based customization. We’ll explore how to work around these things to bring a new level of control to some of our favorite tools.
schedule

Be Rewarded for your Achievements
You'll love earning badges as you pick up new skills.

Easily Shareable
Don't be shy. Display your badges on your profile and show the world what you've learned! 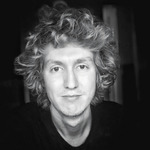 Hi! I'm Kevin. I'm an artist and a designer interested in creating digital imagery and experimenting with technology. I specialize in parametric and procedural systems for 3D, typically in Houdini. In my spare time I make art, 3D print things, do DIY projects, and enjoy playing (or making!) video games. I currently work at BUCK LLC as a Technical Director/Artist.

View More View Less
What You Need to Take This Course
Read More Read Less
Additional Information
Subscribe to our newsletter.
Add the full Houdini.School schedule to your calendar:

REFUND POLICY:
Multi-Session Courses
Students may request a refund up to 1 day before the start of the course. Students may also withdraw from Multi-Session Courses at any time and are entitled to a pro-rated refund. Withdrawal date must be 1 day before the next class they intend to drop.
﻿On-Demand Courses
All on-demand courses are non-refundable.
How to Drop a Class
Please send a request to drop a class via email to support@houdini.school.
Your written request to drop any or all of your classes must include:

See you in class!

You need to enter some additional information before you can enter. Please complete the form below to unlock the course.

You need to complete the following courses before you can enter this course. Once you receive a certificate in all of the courses below, this course will become available to you.

It looks like this course hasn't been published yet. It will show up in the "Enrolled" tab once it is ready.

Back To Top
Certificates
Whenever you complete a course as a premium member, you can earn a verified Certificate of Accomplishment .
These certificates are shareable proof that you completed an online course and are a great way to help you land that new job or promotion, apply to college, or simply share your achievements with the world.
Learn More
Powered by Kannu