Skip to Main Content?
Let's get this experience started
Sign up is super easy. Let's start by filling out this form.
Enrollment Options
Enroll In Course
Additional Information Required
enroll

This recorded class will explain how to shape vectors into custom velocity fields for use in art directing particles, objects, liquids, and volumes movement. Moving data through different contexts in Houdini is a must-know in creating stellar FX, and controlling that movement even more so. You will learn how to create and control velocity field forces in Houdini and through the power of VEX coding, I will guide you through the core basics of vectors, forces, and velocities. VEX can be a highly technical subject to discuss, but the aim of this class is to make it as easily understandable for artistic and technical minds alike. Each bit of code will be fully explained and questions are highly encouraged.

Students should leave with a better understanding of how to begin building and implementing their own velocity flows for art directing simulations.

Combining and varying, we will step it up a notch and introduce some controlled variance into our velocity field. Then finally we push things even further by removing the velocity field altogether and directly control the velocity force at the DOP level.
schedule

Session 1: Fundamental Setups
Creating basic setups: we will focus on the core terminology, their similarities and their differences in the context of Houdini. I will also explain a variety of ways to generate a velocity field volume at the SOP level that can be used to advect your simulation. In this session we will be focusing on the following: ★ Understanding Vectors, Forces, and Velocities ★ Basic Builds (POP, RBD, FLIP, and Volume examples) ★ Simple Vectors ★ Targeted Vectors ★ Motion-Based Vectors ★ Noise Based Vectors ★ Curve Based Vectors ★ Object-Based Vectors
2 lessons
1. View course in two ways
2. Session 1 Full Video
Session 2: Advanced Setups
Combining and varying, we will step it up a notch and introduce some controlled variance into our velocity field. Then finally we push things even further by removing the velocity field all together and directly control the velocity force at the DOP level. Mixing Forces (POP, RBD, FLIP, and SMOKE examples) ★ Variance Over Length ★ Suction Vortex ★ Push/Pull Forces (SOP Solver in SIM) ★ POP Push/Pull Forces ★ RBD Push/Pull Forces ★ FLIP Push/Pull Forces
2 lessons
1. View course in two ways
2. Session 2 Full Video
Read More Read Less
Instructors And Guests 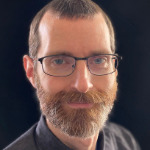 David Torno is a self-taught visual effects professional with a passion for the technical and educational side of VFX. Since beginning his career in 2000, he has worked on films, commercials, music videos, and large scale multimedia projects. In 2008 he started sharing his wealth of knowledge with other creatives through video tutorials, project templates, and utility scripts. In recent years David has focused mostly on 3D volumetric and particle animation. Through the consolidation of his life's work under the Fendra Fx name, David continues to create helpful tools, and informative training videos for the creative community.

View More View Less
What You Need to Take This Course
Read More Read Less
Additional Information
Subscribe to our newsletter.
Add the full Houdini.School schedule to your calendar:

REFUND POLICY:
Multi-Session Courses
Students may request a refund up to 1 day before the start of the course. Students may also withdraw from Multi-Session Courses at any time and are entitled to a pro-rated refund. Withdrawal date must be 1 day before the next class they intend to drop.
﻿﻿On-Demand Courses
All on-demand courses are non-refundable.
How to Drop a Class
Please send a request to drop a class via email to support@houdini.school.
Your written request to drop any or all of your classes must include:
See you in class!
Read More Read Less
Recommended Courses

You need to enter some additional information before you can enter. Please complete the form below to unlock the course.

You need to complete the following courses before you can enter this course. Once you receive a certificate in all of the courses below, this course will become available to you.

It looks like this course hasn't been published yet. It will show up in the "Enrolled" tab once it is ready.

Back To Top
Certificates
Whenever you complete a course as a premium member, you can earn a verified Certificate of Accomplishment .
These certificates are shareable proof that you completed an online course and are a great way to help you land that new job or promotion, apply to college, or simply share your achievements with the world.
Learn More
Powered by Kannu